Baked Ziti Cooked on the Grill – Would It Be Called Grilled Ziti – Don’t Think So – We Loved It! 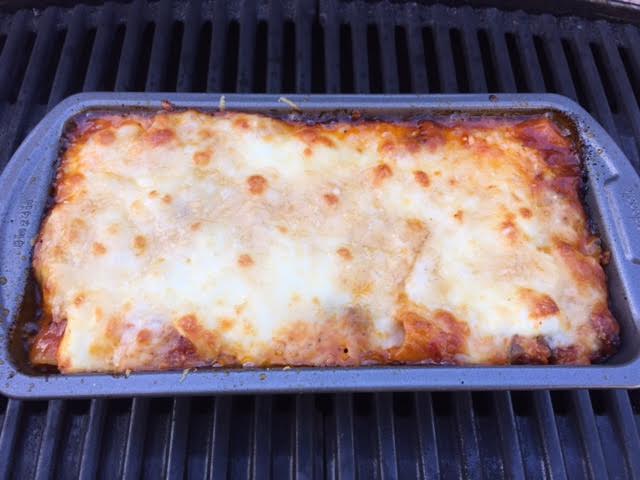 We are wintering in Arizona this year. Now that traveling is not the main thing, I am cooking again, but we do not have a conventional oven, at least not yet.

Steve was craving baked ziti. He really wanted lasagna, but I thought we might be successful if we tried baked ziti first. I prepared it using the baked ziti recipe on Simply Recipes. I adjusted the ingredient amounts and put it all in a loaf pan to make baked ziti for two. I took it outside to Steve and he did his magic.

Most grills have a lid, as ours does. Steve set the temperature a little lower than usual and let it cook until the sauce was boiling. He then closed the lid for another period of time, checking it often, until the top was browned. The cooking time was 20 – 30 minutes.

It was doable. Since it turned out delicious, we may try lasagna soon. It should be impossible to cook this dish on a grill, but it worked!

6 Responses to Baked Ziti Cooked on the Grill – Would It Be Called Grilled Ziti – Don’t Think So – We Loved It!