Camping with Mom – Short Fiction Based on True Story – 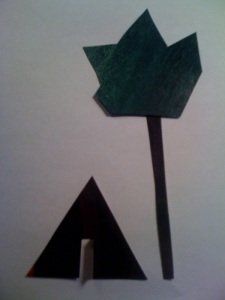 Ronda, a young stay-at-home mom weary of the everyday routine of caring for five-year-old Samuel and three-year-old Jennifer, looked forward eagerly to a vacation at a campground snuggled next to a lake a few hundred miles from their home. She and her husband Frank had planned this trip months earlier. Samuel talked of little else. Ronda packed their bags with clothing, toys, beach towels, and all the necessary items.

Frank came home with disappointing news. An emergency at his workplace required his presence and their camping trip would have to be called off. Frank hated telling Ronda and Ronda disdained to tell the children. Frank proposed that Ronda take the children camping by herself. He suggested they take along the family dog, Missy, for companionship and the appearance of protection. Missy would lick anyone to death, but barking and biting she would never do.

Ronda was excited and thrilled that Frank was willing to let her take on this challenge by herself. Ronda was ready for it. She could erect a tent and Samuel could help while Jennifer watched.

Frank broke the news to Samuel that he wouldn’t be going along and told Samuel to act as the man of the family by helping his mom. Samuel felt a foot taller with this new responsibility and promised he would do his best.

The four adventurers, Ronda, Samuel, Jennifer, and Missy, arrived at the campground around noon. Within an hour the tent was up. Next they walked the path through the woods that led to the beach. Mosquitoes chased them off the beach at dusk, and they returned to the tent, which was still standing as they had left it. Ronda was impressed with herself. She’d obviously done a satisfactory job putting up the tent.

Darkness fell. Ronda dressed Samuel and Jennifer for bed. Each one slept on a cot inside the tent. Ronda had chosen a campsite not far from the restrooms and showers but away from most other tents. As the children slept, Ronda and Missy listened to the night sounds in the woods. Missy nervously sat by Ronda’s cot, hairs on the back of her neck bristling, emitting the tiniest growl. Ronda thought she heard the sound of voices. Then she thought she saw the flap moving over the opening that served as a door for the tent!

“Get away from this tent!” Ronda shouted suddenly very scared. “I have a gun!”

Ronda didn’t own a gun but she hoped any would-be intruder would think she did.

Samuel sat up on his cot and stared at his mother trying to decide how to help her. Gun, he thought. What gun?

Samuel declared loudly with distinction, “Mom, you don’t have a gun!”

The camping fun resumed the next morning. Anxious Missy and Ronda endured the dark night. Samuel did his best to help out in every way.

Life is good because God is good.
View all posts by Carol Ann Ritchey →
This entry was posted in Humor and tagged Camping, Children, Humor, Short Story. Bookmark the permalink.