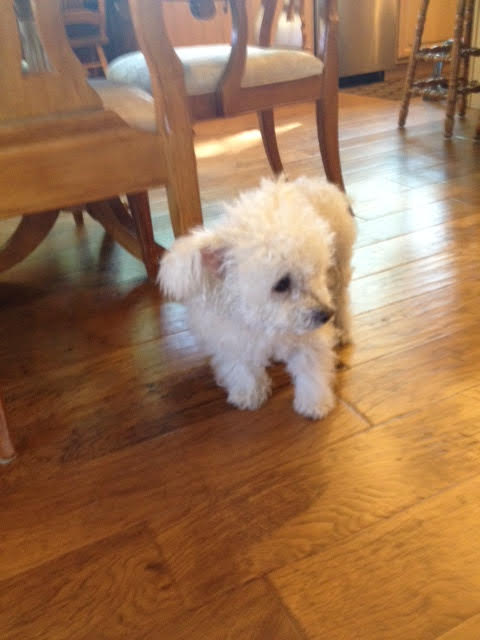 Nineteen days ago Chelsea woke us in the middle of the night squealing like someone was striking her with an ax! She held up her left front leg as far as she could away from her body. She looked like a terrorized contortionist. We didn’t know what to think, but she calmed down after a short while and was able to sleep the rest of the night. In the morning we took Chelsea to the vet.

X-rays showed that the disc in her neck had disintegrated over time. This condition somehow pinched a nerve, which was the cause of her intense pain. She lay on the floor almost unable to get up. The vet explained that the pinched nerve would likely take a very long time to heal. He gave her a steroid shot and ordered more steroid in the form of pills. The second day after the shot and her first pill Chelsea was up and around. The third day she seemed like her old self! We are grateful for the vet’s skill and knowledge.

We also prayed over Chelsea to recover quickly. We have an amazing, wonderful LORD! This photo of Chelsea was taken today. She has been romping around since the third day. She is still taking those pills, so we will see what happens when they are stopped. We are expecting the best for her.

X-rays also showed that Chelsea had three stones in her bladder. The vet sold us some very expensive dog food that was completely free of minerals. He explained that her body would absorb the stones if there were no other supply of minerals available. We were to feed her this special food and nothing else until it was gone. I am pleased to say that she liked it. We have done this and Chelsea now urinates a much more robust stream. Chelsea is better equipped to enjoy our soon-to-begin life on the road! There was a silver lining to the dark cloud.