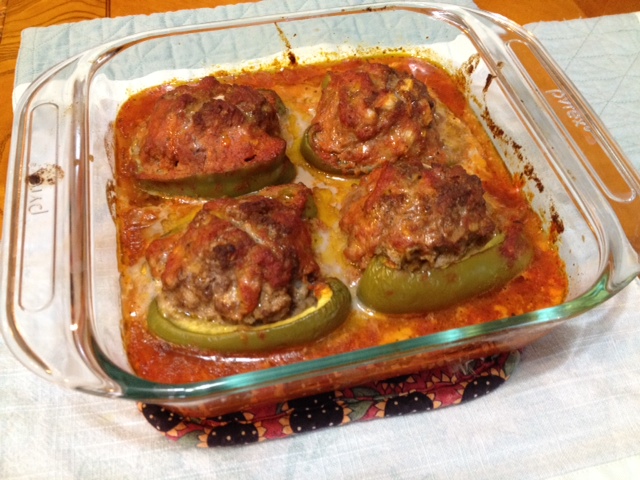 Here I am learning new tricks – convection baking and roasting. (I hope you don’t think I’m an old dog. It has been said that old dogs can’t learn new tricks, so I can’t be one.) I’m learning this! I am determined.

How did I determine whether to use the bake or the roast setting? I purchased a book entitled Baking with Convection by Beatrice Ojakangas. She not only tells which setting to use, she also tells why. I also use Google to find specific recipes designed for convection oven cooking.

This is my standard baked chicken recipe converted to convection. Look at the deep browning convection roasting achieved. According to a recipe I found online, I used the convection roast setting at 400 F. for 15 minutes, and 350 F. for an additional 45 minutes. It was flavorful, juicy, with slightly crunchy skin. I am pleased. I am surprised, too.

Also, with convection cooking multiple foods may be easily baked or roasted at the same time, side by side or on different racks. Notice the roasted potatoes. I cooked them at the same time I roasted the chicken.

I thought learning this was going to be difficult. Not so. I no longer dread having to switch to convection cooking when we eventually live in an RV. In fact, I probably have switched already!