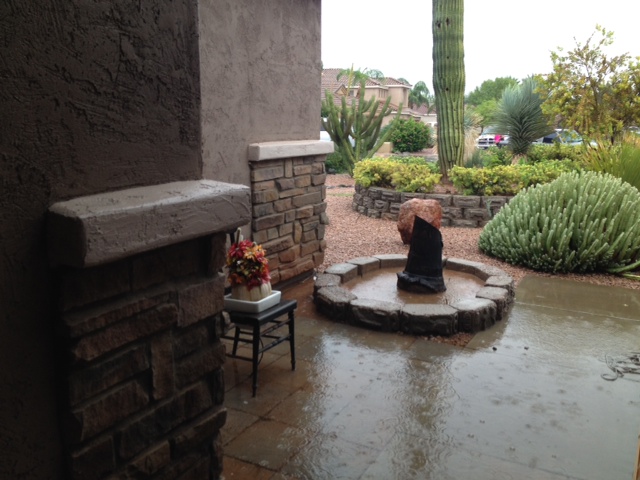 I woke up several times during the night to hear thunder and rain. I saw some lightning striking, too. Flash flood warnings were issued at least three times. Highways were closed because of flooding. Some businesses were closed. People were wading to get where they had to go.

Steve heard at our prayer meeting tonight that the Valley, Phoenix and surrounding areas, suffered an extreme weather event today that was somehow influenced or aggravated by the remnants of Hurricane Norbert. Excuse me. I didn’t know it was that bad! We sat here in our comfy house all day unaware of the distress some people apparently endured.

Our little part of Arizona is a brighter, cleaner place now. The thirsty earth devoured the raindrops almost as fast as they fell. Those drops that were not immediately swallowed up by the dry ground caused flooding, more flooding than I realized, but all is well, I believe.