1 Now Elijah the Tishbite, from Tishbe in Gilead, said to Ahab, “As the LORD, the God of Israel, lives, whom I serve, there will be neither dew nor rain in the next few years except at my word.”

2 Then the word of the LORD came to Elijah: 3 “Leave here, turn eastward and hide in the Kerith Ravine, east of the Jordan. 4 You will drink from the brook, and I have ordered the ravens to feed you there.”

The Widow at Zarephath

7 Some time later the brook dried up because there had been no rain in the land. 8Then the word of the LORD came to him: 9 “Go at once to Zarephath of Sidon and stay there. I have commanded a widow in that place to supply you with food.” 10So he went to Zarephath. When he came to the town gate, a widow was there gathering sticks. He called to her and asked, “Would you bring me a little water in a jar so I may have a drink?” 11 As she was going to get it, he called, “And bring me, please, a piece of bread.”

12 “As surely as the LORD your God lives,” she replied, “I don’t have any bread—only a handful of flour in a jar and a little oil in a jug. I am gathering a few sticks to take home and

make a meal for myself and my son, that we may eat it—and die.”

13 Elijah said to her, “Don’t be afraid. Go home and do as you have said. But first make a small cake of bread for me from 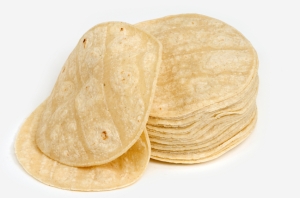 what you have and bring it to me, and then make something for yourself and your son. 14 For this is what the LORD, the God of Israel, says: ‘The jar of flour will not be used up and the jug of oil will not run dry until the day the LORD gives rain on the land.’ ”

15 She went away and did as Elijah had told her. So there was food every day for Elijah and for the woman and her family. 16 For the jar of flour was not used up and the jug of oil did not run dry, in keeping with the word of the LORD spoken by Elijah.

Background: King Ahab disobeyed the commands of God. God sent Elijah the Prophet to go to the palace and tell the king that there would be no more rain in the land until he, Elijah, said so. This made the king mad. How Elijah got into the palace (I’m assuming he spoke with King Ahab inside the palace, since there were no cell phones) and out again safely is an interesting question. We didn’t get all the details of this account in the Bible. God gave us bare facts.

Comments: The rain stopped abruptly. Eventually the brook dried up. Until the brook dried up God provided meat and bread in the evening and morning and Elijah drank from the brook. Elijah had plenty of time to think about why he was there. I wonder what he did during that time. What do you think Elijah might have found to do. He was in hiding, so he probably didn’t stray too far from the place that God told him to hang out.

Next God sent Elijah to a widow in Zarephath.  God told Elijah that he had commanded the widow to feed Elijah. The widow didn’t mention this edict from God when Elijah came to her hungry, but she did say that she was nearly out of all food. Elijah told her what to do and she did it. There was plenty of some kind of acceptable food to eat (maybe better than Elijah ate at the brook or maybe not). Elijah, the widow, and her son had food to eat until the end of the drought. The oil and flour sources did not run out for the entire time.

My conclusions: (1) We eat too much. Ha! (2) Prophets had a hard way to go. (3) Widows without means to live should always do what they are told by God. (Of course, we all should do what God tells us in His Word to do. But we don’t always…)

Question in my mind: I wonder if the widow knew she had been commanded by God to feed Elijah. Perhaps she wanted a make-me-sure sign from heaven before she stepped out in faith.

I would like to hear any thoughts you have on the way that God provided for Elijah and the widow and her son and the way God provides for us.

2 Responses to Jehovah Jireh – Our Provider